New routes and cheaper fares from budget carriers are among the factors leading to more options for travelers seeking domestic and international bargains, according to the travel website Hipmunk.

“It’s all about supply and demand,” Hipmunk’s chief executive, Adam Goldstein, said. “In this case, demand is in response to things like currency fluctuations, perception of which destinations are hot and supply is determined by factors such as airlines launching new routes or changing what size planes they’re using.”

To pinpoint destinations that may be unusually affordable in 2018 compared to a typical year, Hipmunk analyzed the average price for flights leaving from the United States with 2018 departure dates, booked between Jan. 1 and Dec. 13, 2017, and compared it to a similar time frame for flights booked in 2016 with 2017 departure dates.

By analyzing the average booking prices for round trips departing from the United States between June 1, 2016 and Nov. 30, 2017, for flights that departed and returned in 2017, Hipmunk was also able to estimate which month is likely to be the most affordable for these same destinations.

Mr. Goldstein said he recommends booking your airfare as soon as possible.

“Extremely low fares rarely last long,” Mr. Goldstein said. “They’re often a teaser to drum up awareness or P.R., or a sign of a fare war that will end once one of the airlines decides they can’t afford to lose money anymore.”

Below are 10 destinations that are currently trending in the right direction for bargain hunters, and why you might want to visit them in 2018. 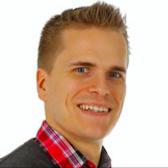